The US-China Music Institute of the Bard College Conservatory of Music promotes the study, performance, and appreciation of music from contemporary China, and supports musical exchange between the United States and China. In partnership with the Central Conservatory of Music in Beijing, China, the Institute has embarked on the Chinese Music Development Initiative, creating several groundbreaking projects, including the first degree-granting program in Chinese instrument performance in a U.S. conservatory, the annual China Now Music Festival, an annual conference, and youth programs in Chinese music. 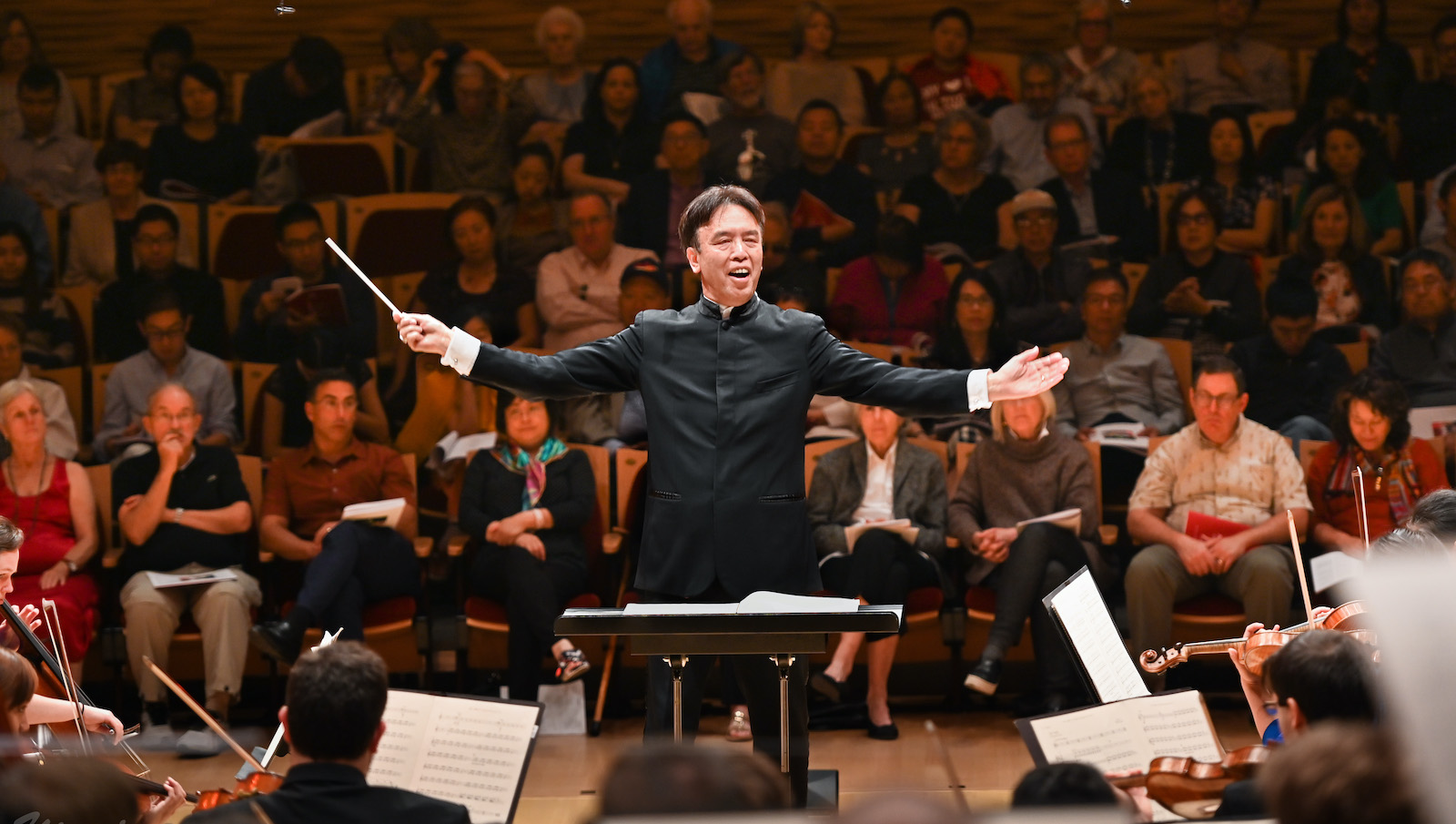 Director of the US-China Music Institute

An orchestra conductor with a distinguished career, Jindong Cai spent many years at Stanford University before coming to Bard in 2017 to found the US-China Music Institute. Cai is a Beijing native with strong ties to his homeland, and a leading advocate of music from across Asia. He has conducted most of the top orchestras in China, as well as orchestras across North America.

Conductor Jindong Cai is the director of the US-China Music Institute and professor of music and arts at Bard College. He is also an associate conductor of The Orchestra Now (TŌN). Prior to joining Bard he was a professor of performance at Stanford University. Over the 30 years of his career in the United States, Cai has established himself as an active and dynamic conductor, scholar of Western classical music in China, and leading advocate of music from across Asia.

Cai started his professional conducting career with the Cincinnati Symphony Orchestra, where he held assistant conducting positions and worked closely with Music Director Jesús López-Cobos, Conductor Keith Lockhart, and Cincinnati Pops Conductor Erich Kunzel. He has worked with numerous orchestras throughout North America and Asia. Cai maintains strong ties to his homeland and has conducted most of the top orchestras in China. He has served as the principal guest conductor of the China Shenzhen Symphony Orchestra since 2012. In 2015, he led the Shenzhen Symphony on its first tour to the American West Coast, performing in Palo Alto, San Jose, Seattle, Los Angeles, and San Diego. The concerts included collaboration with the San Francisco Opera on the premiere of a scene from Bright Sheng’s much anticipated new opera, Dream of the Red Chamber.

Cai is a three-time recipient of the ASCAP Award for Adventurous Programming of Contemporary Music. He has recorded for the Centaur, Innova, and Vienna Modern Masters labels. He has close relationships with many Chinese composers and has premiered or performed new works by Tan Dun, Zhou Long, Chen Yi, Bright Sheng, Ye Xiaogang, and Wang Xilin, among others. In recent years, a number of professional orchestras have approached him to create special programs of works by Chinese and other Asian composers, including the “Celebration of Asia” concert with the Seattle Symphony Orchestra in 2016.

Cai has received much critical acclaim for his opera performances. In 1992, his operatic conducting debut took place at Lincoln Center’s Mozart Bicentennial Festival in New York, when he appeared as a last-minute substitute for his mentor Gerhard Samuel in the world premiere of a new production of Mozart’s Zaide. The New York Times described the performance as “one of the more compelling theatrical experiences so far offered in the festival.” Cai serves as the principal guest conductor of the Mongolia State Academic Theater of Opera and Ballet in Ulaan Baatar. Since 2011, he has visited Mongolia a dozen times to conduct opera and ballet performances, and led the theater’s historical first tour to China in 2013.

As a scholar and expert on music in contemporary China and Asia, Cai is frequently interviewed by news media around the world, including the New York Times, Wall Street Journal, BBC, and NPR. Together with his wife Sheila Melvin, Cai has coauthored several New York Times articles on the performing arts in China and the book Rhapsody in Red: How Western Classical Music Became Chinese. Their latest book, Beethoven in China: How the Great Composer Became an Icon in the People’s Republic, was published by Penguin in September 2015.

Born in Beijing, Cai received his early musical training in China, where he learned to play violin and piano. He came to the United States for his graduate studies at the New England Conservatory and the College-Conservatory of Music in Cincinnati. In 1989, he was selected to study with famed conductor Leonard Bernstein at the Tanglewood Music Center, and won the Conducting Fellowship Award at the Aspen Music Festival in 1990 and 1992.